There is no denying that soccer is one of the most vigorous of contact sports, and injuries are common as a result. So common, in fact, that any soccer player with a career to speak of can consider themselves almost guaranteed to suffer some relatively serious injury at one point in their career.

The longer you play soccer, the more likely this becomes. Moreover, the nature of soccer pretty much means that there isn’t really anything that can be done about this. Thus, the job of the soccer physiotherapist becomes particularly important.

This is all fairly obvious. Just go to any professional or semi-professional soccer game, and you can be absolutely sure there will be fully equipped physios standing on the sidelines and the venue will almost certainly have medical supplies, from defibrillators to emergency first aid kits. Physios at professional soccer games will always be equipped to deal with the most common soccer injuries. As mentioned, one of those injuries is sure to befall an unfortunate player eventually. Exceedingly rare is the player that never suffers an injury during their career. 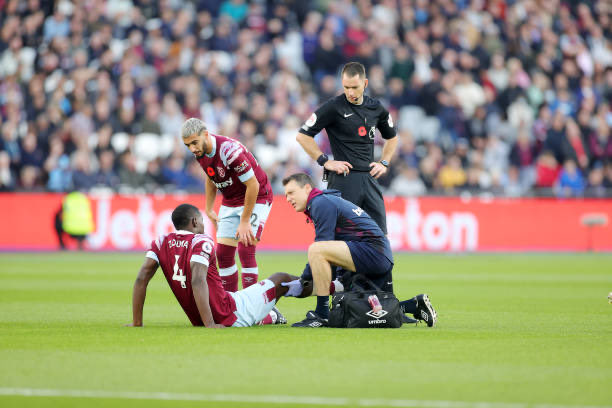 So, the question really isn’t one of if an injury will occur, but when it will occur – and what type of injury it will be. A physiotherapist must have fairly broad medical knowledge, but they should be specially trained in dealing with the type of injuries that are likely. Luckily, as common as these injuries are, they are all a similar sort and overwhelmingly revolve around muscle and ligament damage, concussions, and bone injuries. These are the injuries most associated with the vigorous game of soccer.

Of course, though, there are limits to the physiotherapist’s expertise, and sometimes more advanced medical care is needed. In soccer, it is most commonly heart and brain problems that require rapid hospitalization.

While a physio cannot treat a brain issue resulting from a concussion or a heart issue triggered by the type of exertion common in soccer, they need to be trained in stabilizing an injured player until they can reach more advanced medical care. This is part of the physio’s job too.

So, to understand the physio’s job better, these are the most important things to keep in mind: injuries are inevitable (a case of when not if), a physio needs to treat the most common soccer-related injuries, and they need to know how to stabilize an injured payer and rapidly transport them to a healthcare facility if the injury calls for it. All these vital roles require quick thinking and rapid response.

Leaving aside, for now, the most serious cases that require advanced medical care, the injuries a physiotherapist should know how to treat on the spot can be divided into two essential categories: acute injuries and cumulative injuries. It is part of a physio’s job to intimately understand both injury categories.

Naturally, acute injuries are those that are caused by a single trauma on the pitch, like a fall, a blow, or a collision between players. They happen in an instant and they should be treated almost as quickly.

Cumulative injuries are those injuries that result from the physical exertion that soccer demands and will get worse over time as the player continues to play soccer – unless, that is, the injury is continually treated by a physio and kept in check.

Such injuries include repeated strains of weakening tissue, a broken nose that doesn’t fully heal, and wear and tear on tendons and ligaments. These injuries need to be managed over a longer period of time, lest they end the player’s career prematurely. 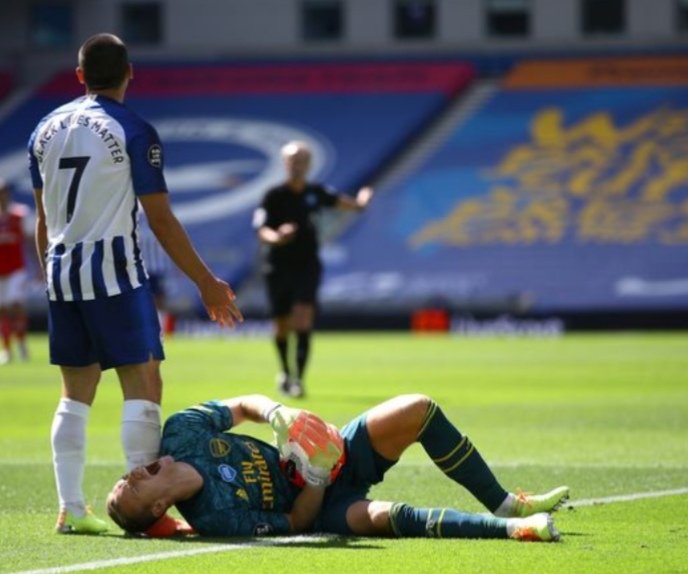 Working as a physio at a soccer match is therefore all about being ready for injuries to happen and being able to identify when they are serious enough to require further medical care. It is also a job that can involve working closely with a particular player in order to manage a cumulative or chronic injury over time.

Accordingly, probably the biggest part of the physio’s job is being ready to snap into action and treat one of the most common soccer injuries.

The Most Common Injuries

What then are the most common soccer injuries? The list below sets out the injuries that any soccer physio should know how to treat in an instant:

Soccer players do not just run about the pitch; they occasionally dribble a ball between their feet too. They also tackle other players and make the kind of sharp turns (at a moment’s notice) that really puts strain on the ankles and the tendons. These can therefore be easily injured, and continued strain can cause tendonitis, where the ligaments and tendons in the ankle become weakened through exertion.

A runner’s knee is a cumulative injury where the front of the knee becomes inflamed, painful, and weakened through excessive running. In soccer particularly, the stop-start nature of that running makes the runner’s knee more common in soccer than in running itself!

IT syndrome concerns the long band of soft tissue running along the outer leg from the hip to the knee. Excessive running causes this to come into contact with the leg bone, causing inflammation and pain.

So far, the injuries described have been disabling at worst. With a concussion, we move on to a very common injury that could actually kill a player. Accordingly, a physio’s job is to treat concussions, but also to know when life is in danger.

A concussion is an impact on the head. As this is where the brain is, it is one injury that can cause all manner of follow-on problems, some of which are life-threatening. A concussion is no joke.

Pain in the lower front leg is most often attributed to shin splints. In such cases, swelling and tenderness are exhibited along the length of the shin bone. This is one of the injuries that get worse with continued exertion and needs a period of rest to heal.

Broken bones are actually not overly common in soccer. Those require the kind of impact that is usually beyond the strength of a man. Nevertheless, they do happen, especially in high-speed collisions. Related (and far more common) are simple stress fractures in the bone, usually manifested as hairline cracks. These can be so small as to be merely annoying to a player, but unless they are treated, they will worsen over time.

A physiotherapist can certainly go into a game of soccer knowing what to expect, or at least knowing what injuries are most likely to happen. That is part of the expertise, the rest is knowing how to act quickly and understanding when to refer things up the chain. And this latter responsibility can mean the difference between life and death.