Tottenham Hotspur have reportedly stepped up their interest in Atalanta BC midfielder Ruslan Malinovskyi during the January transfer window.

The Premier League outfit were quite busy during the summer with manager Antonio Conte being provided with seven fresh faces in a bid to transform his team into the title challengers. 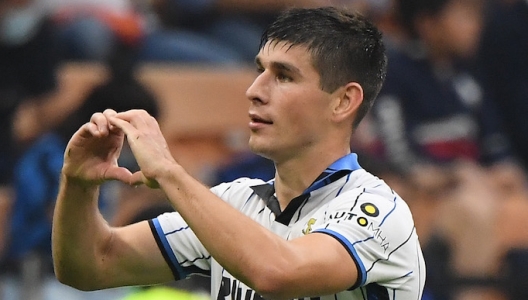 Spurs are five points adrift of Premier League leaders Arsenal and are yet to cement their spot in the Champions League knockout stages.

According to Calciomercato, Tottenham Hotspur are keeping tabs on Malinovskyi’s situation at Atalanta BC.

The 29-year-old has made just four league starts during 2022-23, with a further seven coming from the bench, having contributed just one goal and one assist.

Although the Ukraine international remains a valuable member of Atalanta, his contract is due to expire at the end of the season.

As a result, the midfielder will be free to hold pre-contract agreement discussions with foreign clubs from January onwards.

However, the report claims that Tottenham Hotspur are among a number of clubs who will be willing to negotiate a deal with the Italian club at the midway point of the campaign.