Manchester City have reportedly joined the list of clubs wanting to sign Inter Milan centre-back Milan Skriniar, according to a report.

The 27-year-old has entered the final year of his contract with the Nerazzurri. He will be able to negotiate a pre-contract agreement with foreign clubs from next year. 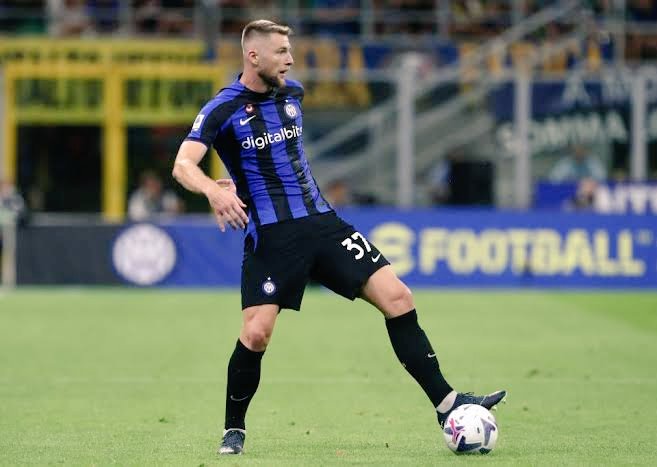 Chelsea and Tottenham Hotspur were both credited with an interest in the Slovakia international, while Paris Saint-Germain were understood to have got themselves in pole position in the race for the centre-back.

In addition, a recent report suggested that Real Madrid were also keeping close tabs on Skriniar.

According to The Sun, the Premier League champions Manchester City have now joined the likes of Tottenham, Chelsea and PSG in the race for the defender as they seek a high-profile free agent swoop.

The report adds that City will prioritise the signing of a new attacker next summer, but they are also open to the possibility of signing a new central defender.

Skriniar joined Inter from Sampdoria in 2017 and has since gone on to score 11 goals and four assists in 223 appearances for the club.