Manchester United are reportedly keeping a close eye on Aston Villa goalkeeper Emiliano Martinez ahead of this summer’s transfer window.

The 28-year-old Argentine has impressed for the Villains since his arrival in September, keeping 14 clean sheets in the English top flight. 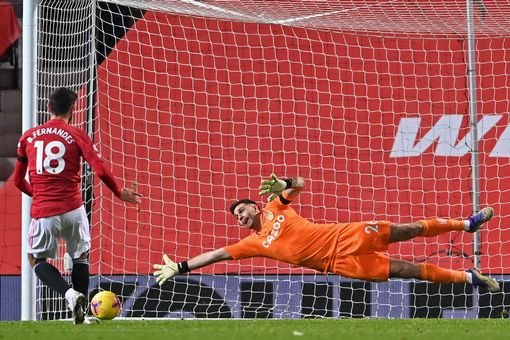 According to Football Insider, the Red Devils are planning to let both David de Gea and Sergio Romero leave the club as part of a major overhaul, with Martinez one of their prime targets.

United head coach Ole Gunnar Solskjaer would like to bring in two senior goalkeepers to strengthen his options and provide more competition to Dean Henderson.

Martinez has enjoyed an impressive 2020-21 campaign, helping the Villains climb up to ninth in the table.