Lille attacker Victor Osimhen is reportedly on the radar of Liverpool ahead of the January transfer window.

The 21-year-old forward continues to impress for the Ligue 1 outfit, with 13 goals in 24 appearances during the 2019-20 campaign, including ten in 18 Ligue 1 outings. 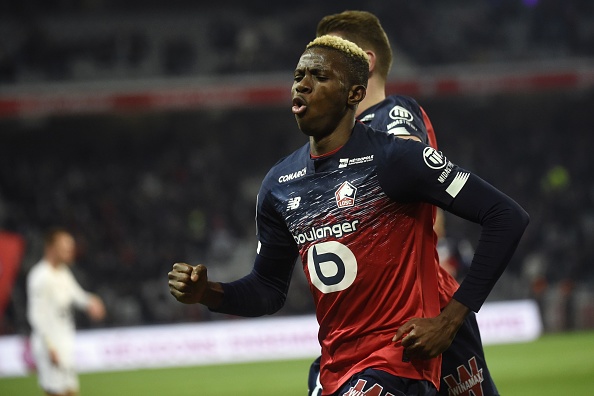 According to The Express, Liverpool manager Jurgen Klopp is determined to bring the youngster to the Merseyside outfit in order to boost his options in the final third of the field.

The report suggests that a number of Premier League clubs are interested in the Nigeria international, who will not be allowed to leave Stade Pierre-Mauroy in January but could be sold for the right price at the end of the season.

Osimhen’s contract in France is valid until the summer of 2024.