Liverpool and Manchester United are reportedly ready to battle one another for the signature of Bayern Munich attacking midfielder Jamal Musiala.

The 19-year-old recently hinted at a future move to the Premier League.

He spent time with Southampton and Chelsea as a youngster before joining the Bundesliga giants in 2019, with his first-team debut for the Bavarians coming in June 2020. 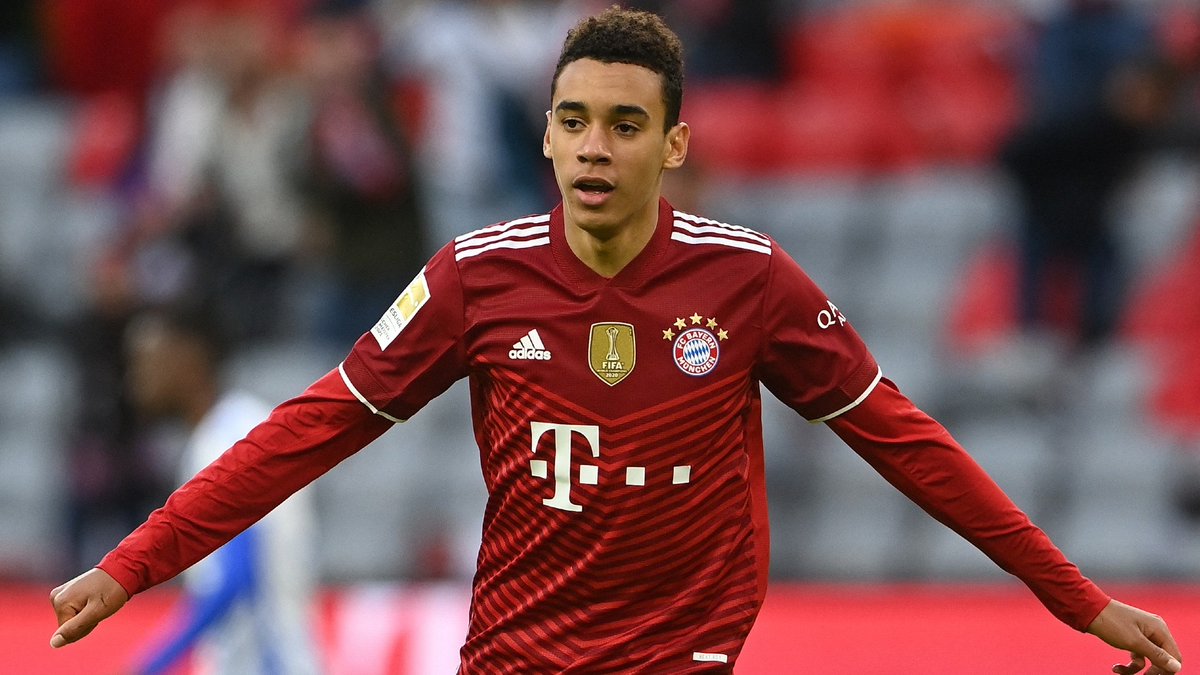 The teenager has since represented Bayern on 85 occasions in all competitions, scoring 20 goals and registering nine assists in the process.

Musiala has once again been one of Bayern’s standout performers in an impressive season, contributing five goals and two assists from seven appearances in all competitions.

The Germany international has a contract at Allianz Arena until June 2026, but he recently expressed his desire to move to the English Premier League.

According to TEAMtalk, both Liverpool and Manchester United are keeping a close eye on the youngster’s situation.

The attacker has largely operated off the left for Bayern Munich this season.