Liverpool are weighing up a January move for highly-rated Arsenal forward Folarin Balogun.

The 19-year-old striker has made his first team debut for the Arsenal senior set-up this season, finding the back of the net on two occasions in four Europa League appearances. 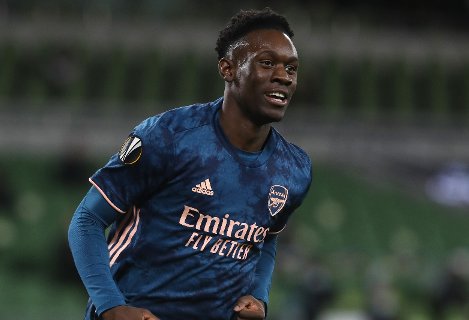 However, the highly-rated teen’s future at the Emirates looks uncertain, with his current contract due to expire at the end of the campaign and yet there is no agreement place over a renewal.

It is understood, the Gunners are keen to keep hold of Balogun, but The Athletic reports that they are likely to lose him with his list of suitors growing.

The report adds that the defending English champions Liverpool are among those potential admirers, although a move to Germany is considered more likely.

Balogun will be able to sign a pre-contract with a foreign club from January 1 onwards should he opt to leave the Emirates.