Juventus have reportedly entered pole position in the race to complete a deal for Chelsea attacker Willian on a free transfer.

The 31-year-old winger, whose future is uncertain as his contract at Stamford Bridge will expire in June. 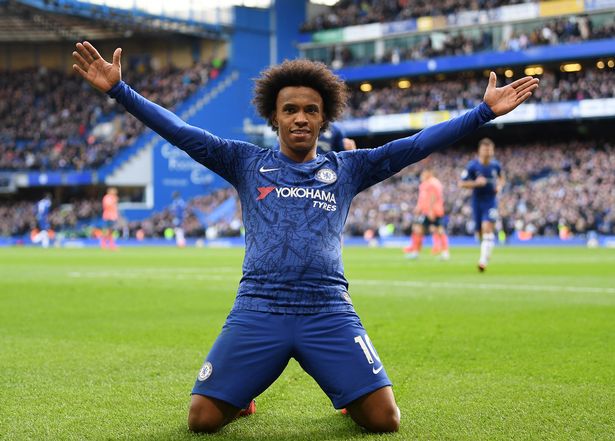 The Brazil international has expressed his desire to sign a new three-year contract with the Blues, who are considering to offer a new contract until June 2022, leading to a breakdown in discussions.

A number of elite clubs have been linked with the Brazilian star, but according to reports in Spain, the Italian champions Juventus are closing in on an agreement with the versatile attacker.

Willian, who joined Chelsea in 2013, has contributed seven goals and six assists in 37 appearances for the Blues during the 2019-20 campaign.