Chelsea are reportedly ready to lock horns with Manchester United over the signature of Ajax winger Antony this summer, according to a report.

The 22-year-old has been strongly linked with a move to Old Trafford ahead of the 2022-23 campaign, but the 20-time English champions are yet to meet Ajax’s valuation. 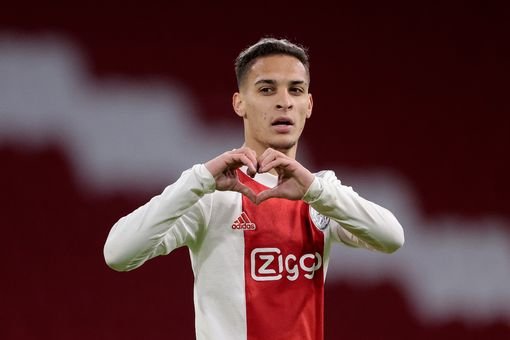 The Dutch outfit are said to value Antony at around €80m, but the Red Devils are only able to offer €60m.

United boss Erik Ten Hag has urged the club’s hierarchy to increase their offers for both Antony and Lisandro Martinez as a result, but GiveMeSport are suggesting that the Blues could yet swoop in to sign the Brazilian under the noes of their league rivals.

Ajax attacker Antony has emerged as a potential target for Thomas Tuchel, as the German boss looks to close the gap on Manchester City and Liverpool in the Premier League during the 2022-23 campaign.

Antony has been impressive for Ajax during the previous campaign, contributing 12 goals and 10 assists in 32 appearances across all competitions.