Arsenal have allegedly earmarked Sampdoria midfielder Lucas Torreira as their top summer transfer targets, according to The Daily Mail.

The Gunners have prioritised signing of the 22-year-old playmaker following Unai Emery’s appointment at the Emirates.

The report adds that Arsenal duo Raul Sanllehi and Sven Mislintat are determined to finalise a deal with Sampdoria for the signature of Torreira before the World Cup kicks off. 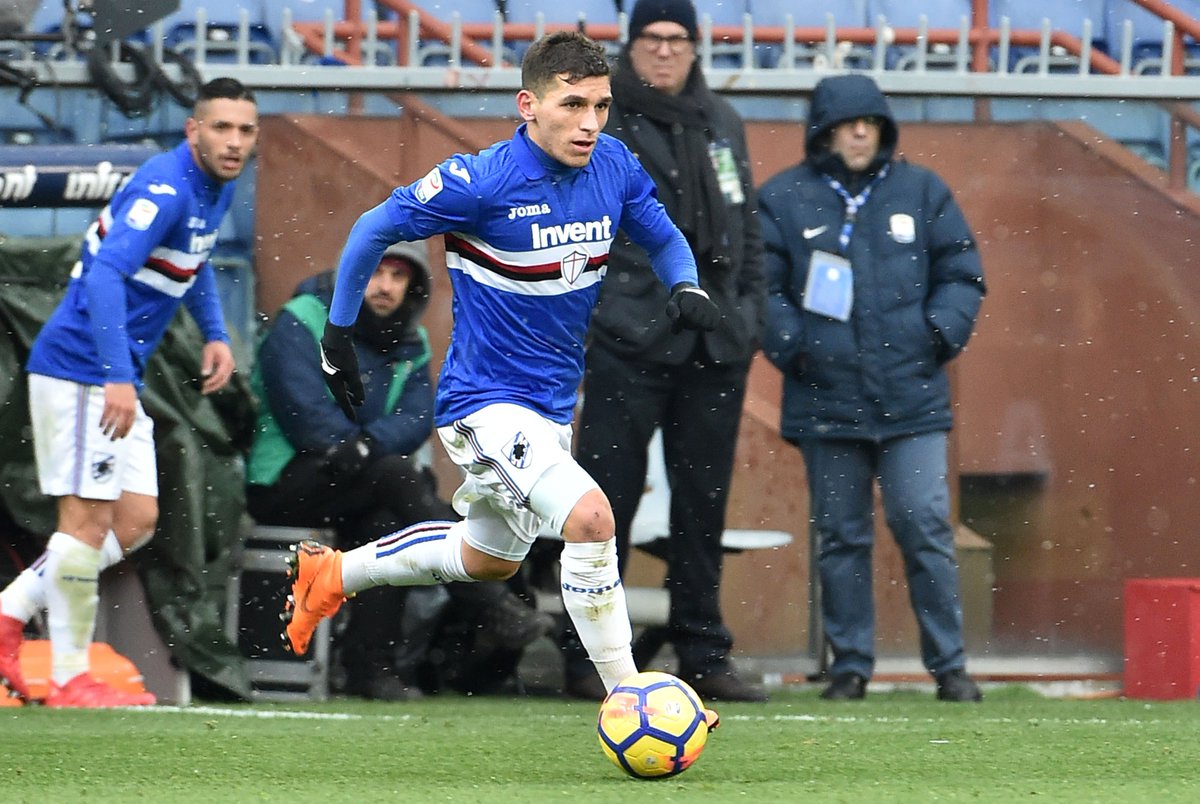 The Uruguay international will be hoping to line up against Mohamed Elneny and the rest of his Egyptian team-mates in their World Cup opener on Friday evening.

The report goes on to claim, the transfer fee will be somewhere in the region of £22m if the north Londoners can strike a deal with the Italian side.

Torreira scored four times and provided one assist in 36 Serie A appearances last season to establish his promising reputation.

The Gunners are looking to overhaul their squad ahead of next season as the club have missed out on Champions League football in the last two seasons.