The 18-year-old has enjoyed an impressive 2020-21 campaign for the Hibees, scoring one goal and providing four assists from 28 appearances to help the club to a third-placed finish. 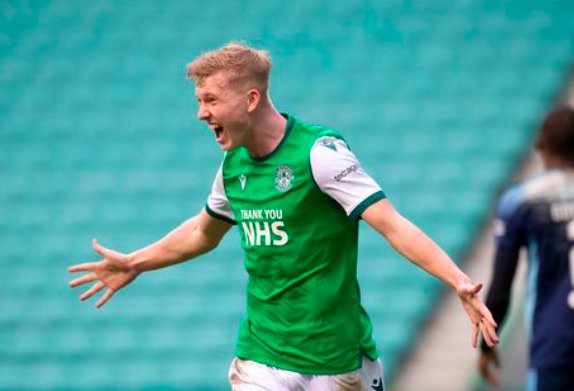 Doig, who is under contract with the Scottish outfit until 2025 – but his performances have allegedly attracted interest from Premier League heavyweights.

According to football.london, the Gunners are considering making a move for the teenager, who rose through the youth ranks at Hearts before joining Hibernian in the summer of 2019.

With Sead Kolasinac expected to leave the Emirates this summer, Arsenal boss Mikel Arteta is thought to be eyeing backup options for the final third.

Meanwhile, Leicester City are also thought to be weighing up moves for Doig.