Pakistan Cricket Board (PCB) have announced the national squad for the three T20Is series against New Zealand, starting from December 18.

Former captain Sarfaraz Ahmed has returned to the T20I squad for the upcoming series against the Black Caps. 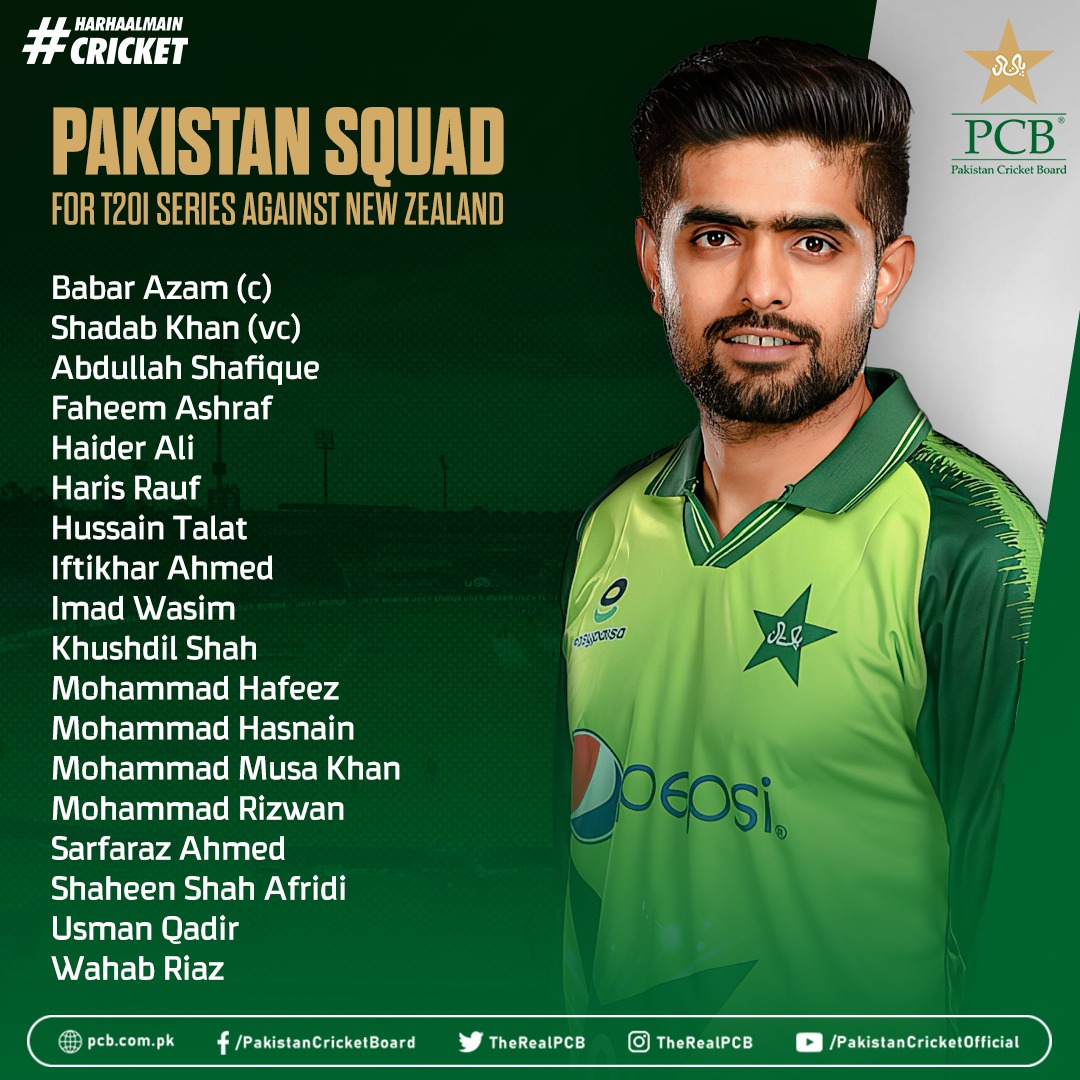