Pakistan Left-arm seamer Mohammad Amir has been ruled out of the five-match ODI series against Sri Lanka after after injuring his shin during the second Test in Dubai on Saturday.

The Pakistan Cricket Board said the paceman had an MRI scan, after which he was told to rest for at least two to three weeks. 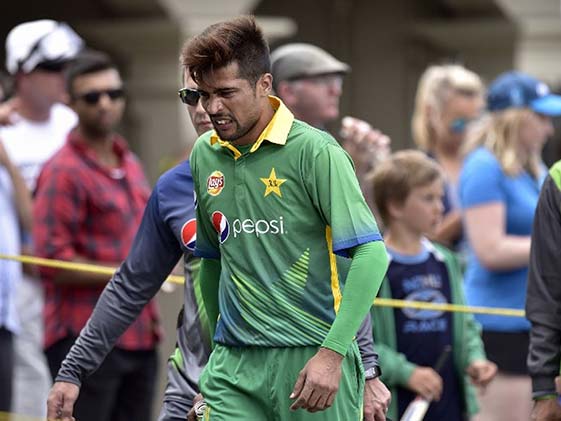 “Amir has been ruled out of the ODI series against Sri Lanka due to a stress-related injury in the right shin,” said a PCB statement. “The fast bowler has been advised two to three weeks rest after he underwent an MRI scan.”

The 25-year-old will be replaced by Usman Shinwari, who plays for the Zarai Taraqiati Bank Ltd cricket team in the first-class cricket circuit.

The 1st one-day international will be held in Dubai on Friday, followed by two in Abu Dhabi (October 16 and 18) and the last two to be played in Sharjah (October 20 and 23).