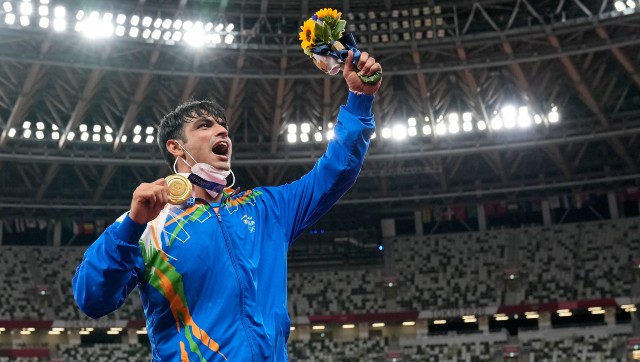 Chopra became the first Indian athlete to win a gold medal at the Olympics in the men’s javelin throw final in Tokyo on Saturday.

The three-time IPL champions CSK also announced that they would be designing a special jersey with the number 8758 as a mark of respect to the 23-year-old gold medalist.

The Chennai Super Kings will resume their IPL 2021 campaign against Mumbai Indians in Dubai on September 19.

Anbuden saluting the golden arm of India, for the Throw of the Century!