Bangladesh have announced their 15-member ODI squad for the first game against New Zealand in Christchurch, starting on December 26.

The left-arm Fast bowler Mustafizur Rahman has returned to the squad after a shoulder injury, sidelined him from all competitive cricket since July. His last international appearance was at the World T20 in March 2016. 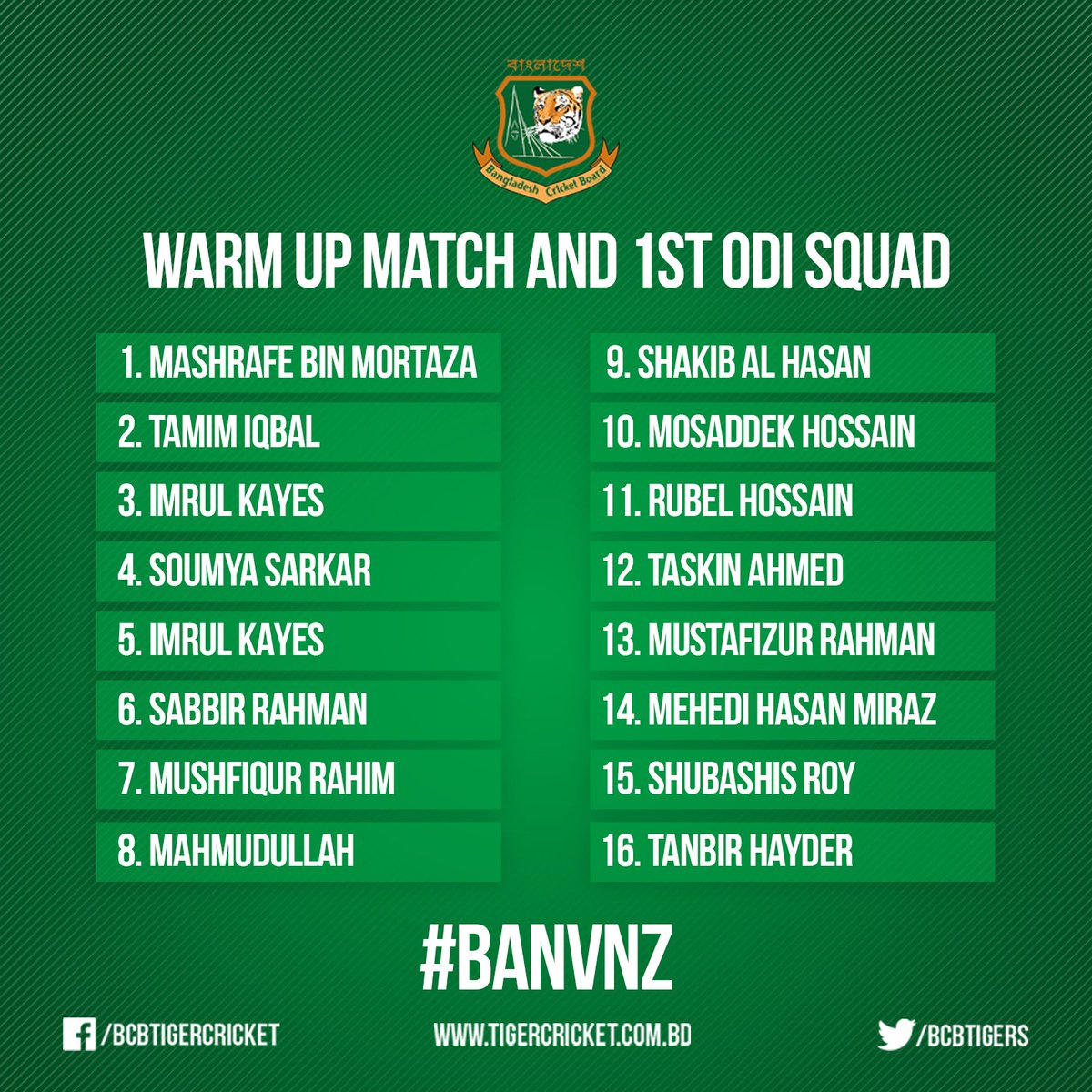