Real Madrid and Chelsea could reportedly slug it out over the summer for Inter Milan defender Denzel Dumfries.

The centre-back left PSV Eindhoven to join the Nerazzurri in 2022.

The Netherlands international immediately established himself as Simone Inzaghi’s first choice and had a strong first campaign with five goals and seven assists in 45 games. 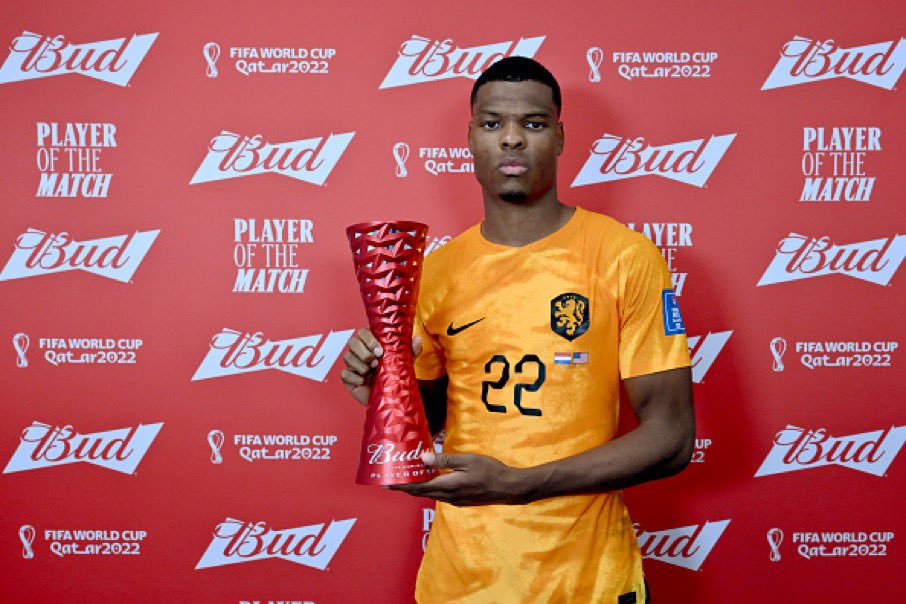 Chelsea have been strongly linked with a move for the Dutchman in January, while Tottenham Hotspur are also said to be keen on the player.

However, the London rivals have now been joined by Real Madrid, according to Fichajes, Los Blancos head coach Carlo Ancelotti views Dumfries as an ideal option to succeed Dani Carvajal.

Dumfries is currently under contract at Inter until 2025, and the Italian giants are reportedly demanding between €50m and €60m to sanction a sale at the turn of the year.

The 26-year-old has scored seven goals and registered 10 assists in 65 matches for the Nerazzurri across all competitions.