Manchester United have reportedly explored the possibility of signing Benfica goalkeeper Odysseas Vlachodimos before the end of the summer transfer window.

The Red Devils only have Tom Heaton as a backup to David de Gea this season, with Lee Grant set to retire over the summer. 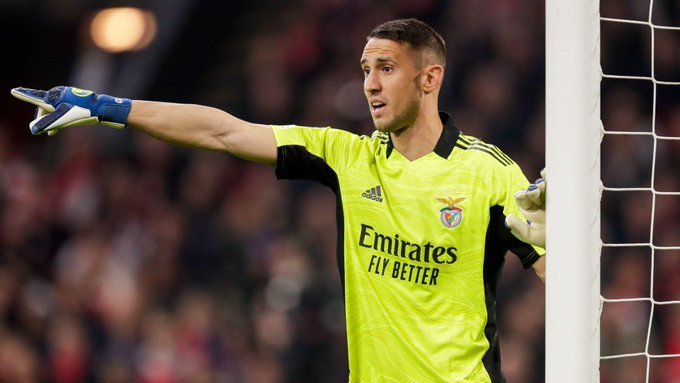 United head coach Erik ten Hag is said to be determined to bring a new goalkeeper before the deadline, and according to Fabrizio Romano, Benfica’s Vlachodimos has emerged as a target.

Romano claims that the Greece international is ‘one of four names’ included on United’s shortlist.

However, Ajax are also said to be interested in the 28-year-old stopper, who started his professional career at Stuttgart before moving to Panathinaikos in 2016.

Vlachodimos spent two years with the Greek club before joining Benfica, and has made 174 appearances for the Primeira Liga giants.