Chelsea have reportedly expressed an interest in making an audacious move for Rennes goalkeeper Edouard Mendy.

The 28-year-old clocked up 24 appearances in the French top flight last season and helping the club to qualify for the Champions League for the first time in the club’s history. 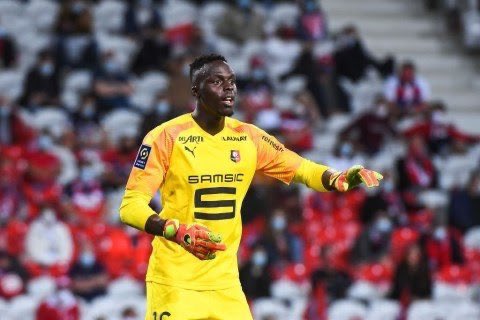 The Senegal international still has three years left to run on his contract at Julien Stephan’s side, but the stopper is believed to be on the radar of the Premier League giants Chelsea, who are eyeing up replacements for Kepa Arrizabalaga.

According to Football Insider, Chelsea have touched base with the Ligue 1 outfit over a deal for the Senegalese, but the two sides are a ways off reaching an agreement for the former Reims man.

The report claims that the Blues are prepared to go as high as £22m for Mendy, whereas Rennes are holding out for their asking price of £45million.