BVB were said to have made an approach late in the summer transfer window, but manager Pep Guardiola stood strong in his refusal, instead opting to keep the teenager at the Etihad Stadium. 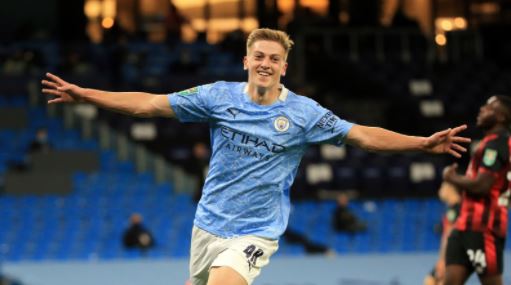 According to Football Insider, the Bundesliga giants approached the Premier League champions with a £15m package for Delap, but Guardiola and the club hierarchy knocked it back, as they have high hopes for the youngster.

City then went on to tie the striker down with a new contract, seeing him remain at the Etihad Stadium until 2026.

Such an approach from Dortmund follows their capture of star Jadon Sancho out of the Citizens youth ranks in 2017, before the Englishman went on to become their record departure this summer, joining Manchester United for £75m.

Many clubs across Europe were keen on signing Delap over the summer, but the Lancashire outfit have instead kept him in the ranks.