A new Premier League season brought around a change in fortunes for Arsenal, who not only secured an opening-day victory over Crystal Palace (2-0), but also secured a first league clean sheet after ten games without. You’d have to go back to January for Arsenal’s last back-to-back league shutouts and boss Mikel Arteta will be under no illusions that another is guaranteed here, despite successive 2-0 H2H victories against Leicester City. The live score is scheduled to kick off at 3pm UK time.

The 2012/13 season was the last time Arsenal didn’t concede a goal after their first two PL games (D2), a season the Gunners wouldn’t mind replicating as they went on to finish fourth. Having ended the last PL season strong at home, posting three successive wins, Arsenal hopes of a 100% start after two games should be boosted by the fact they have won their maiden home league game in two of the last three seasons. 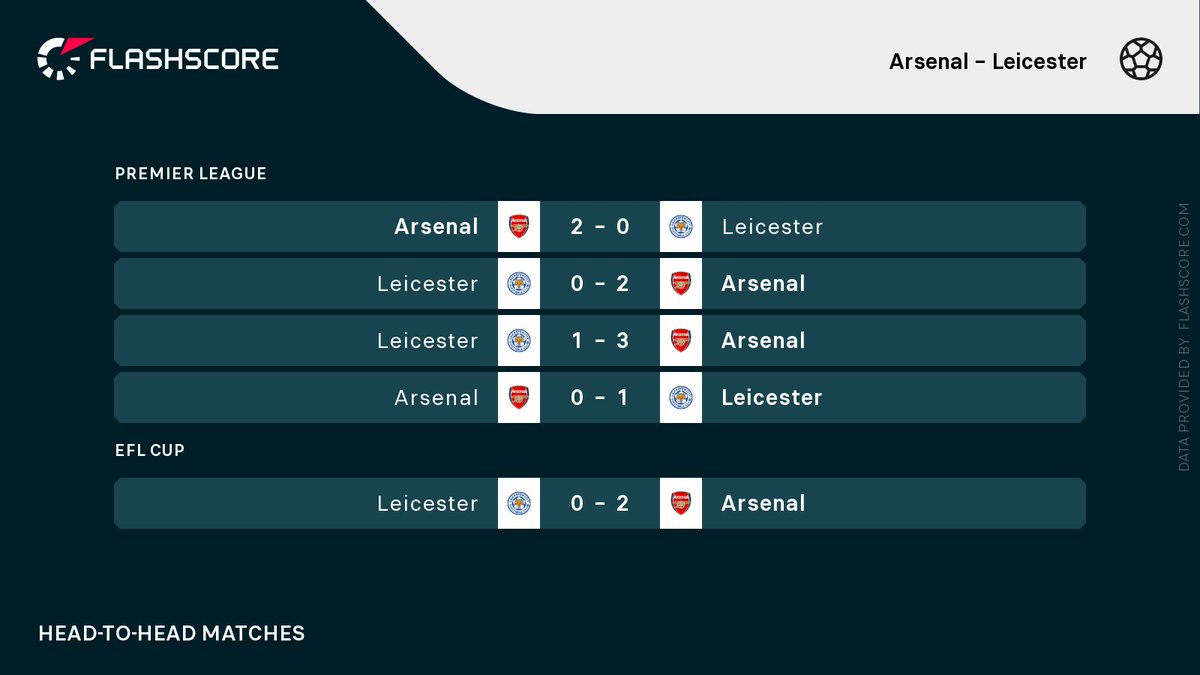 With an air of toxicity building around the King Power Stadium, squandering a 2-0 lead at home to Brentford in their 2-2 PL curtain raiser was a far from ideal start for Leicester. As the only PL club not to make a summer signing so far, it’s hard to find a silver lining for Leicester at the moment, though boss Brendan Rodgers insists his side are in a good place.

His sentiments are backed up by the fact his side are now five unbeaten in the PL (W3, D2), but it appears Rodgers is failing to address a deep-rooted issue. Of the Foxes’ last seven PL draws, they have led in six, accounting for 12 points dropped. Of course ten of those points came last season, but they proved to be the difference as Leicester missed out on Europe by just four points!

Players to watch: Arsenal’s Gabriel Martinelli has seen four of his last five PL goals prove decisive in victories – including against Crystal Palace last week. Meanwhile, Leicester’s Jamie Vardy has scored more career goals against Arsenal (11) than any other club, but has never scored a PL goal on matchday two!

Hot stat: Leicester have scored exactly once in five of their last six PL away games.