While there are still big races to be staged and prestigious prizes to be handed out between now and the middle week of March, the Cheltenham Festival dominates all discussion in the National Hunt racing world. 28 top quality races will be run during the four-day jumps racing extravaganza and the ante-post markets are starting to take shape.

During the first half of the season, established stars have flexed their Festival muscles and emerging talents have thrown their hats into the ring. There’s still five weeks to go until the Supreme Novices’ Hurdles are greeted with the famous roar, so it’s important you keep track of the latest news and developments regarding the Cheltenham Festival. 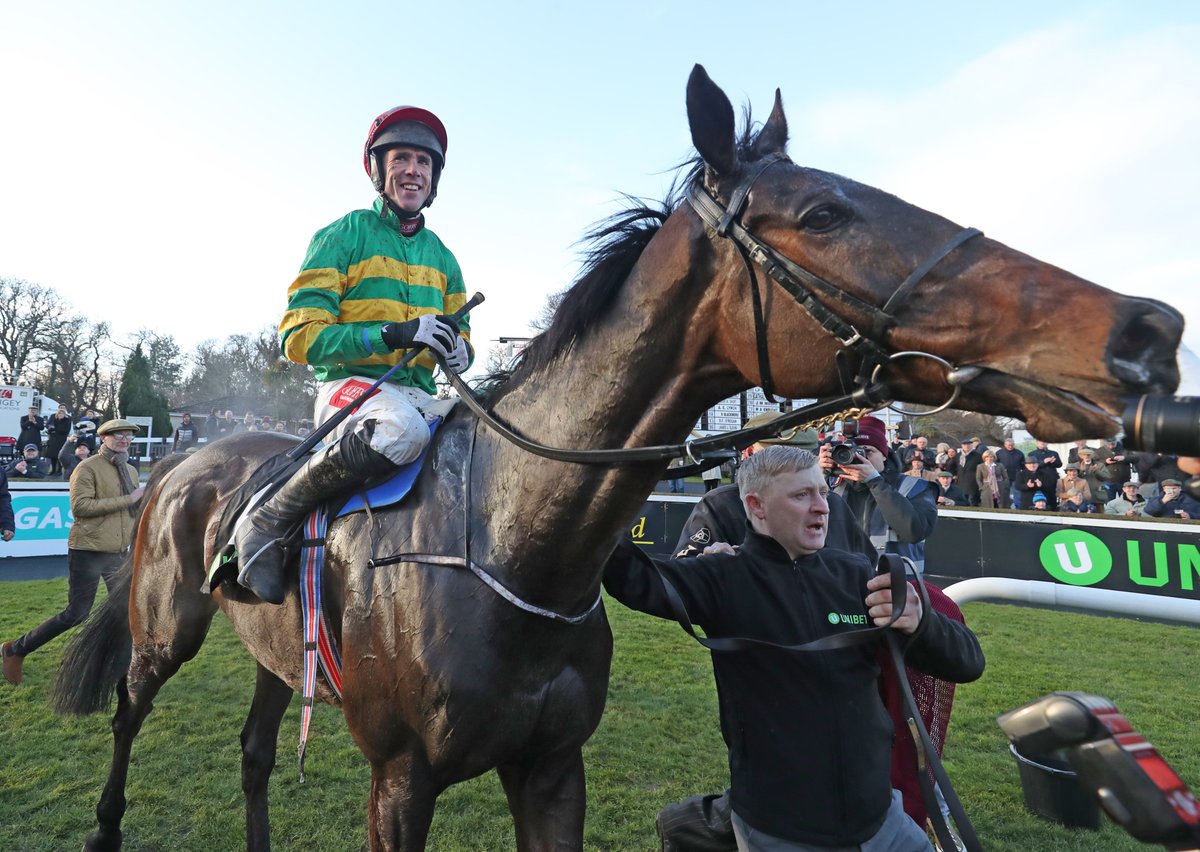 Yet, we can still identify some impressive horses as prime contenders to grasp Festival glory. Here are five of our Cheltenham Festival tips.

There no doubt about it, Footpad has been the best novice chaser in the sport during the first half of the season. Willie Mullins’ charge has registered two foot-perfect performances, bouncing over the fences at Navan and Leopardstown to win a maiden and the Grade One Racing Post Novice Chase by a combined distance of 22-lengths.

The JLT Novices’ Chase remains an option for a horse who does stay two-and-a-half miles. However, both his victories have come over 16 furlongs and his final prep-run is another two-miler at the Dublin Racing Festival, so Footpad seems destined for the Arkle. He’s finished third and fourth on his two previous visits to the Cheltenham – it would be a shock if he didn’t register a much better result.

Gordon Elliott threw Apple’s Jade in with a couple of Willie Mullins’ best mares at last year’s Festival and his charge responded in fitting fashion, holding off the favourites to claim her first Cheltenham trophy. Since then, Apple’s Jade has gone from strength-to-strength, winning for the first time on her reappearance before landing two Grade Ones in impressive fashion.

Her most recent victory came at Leopardstown’s Christmas Festival, where she triumphed over three miles on her first attempt at the trip. While she would probably carry the tag of favouritism into the Stayers’ Hurdle, Gordon Elliott is likely to keep Apple’s Jade within her own sex and she will be incredibly hard to deny as she bids to retain her Mares’ Hurdle crown.

Samcro was identified by many as one to watch heading into the new season and claimed two impressive wins with the minimum of fuss during the autumn. Phrases have been quoted in the press like “a future Gold Cup winner” and “the best horse I’ve ever seen”. While some have called this a little premature, one thing everyone can agree on is that Samcro will win at this year’s Cheltenham Festival.

His two victories to date have come over two and two-and-a-half miles and there’s little doubt in anyone’s mind that he could stay three miles. If he’s sent to either the Supreme Novices’ or the Albert Bartlett, he will be the favourite, but the Ballymore Novices’ Hurdle seems to be his intended target and Samcro could start day two at Cheltenham with an almighty bang.

A full sister to the previously mentioned Apple’s Jade, Nicky Henderson’s French important has tackled the tricky track at Cheltenham three times already this season. She comes out victorious on all three occasions – romping clear to win by 17 lengths on debut, before doing enough to win two prestigious Triumph Hurdle trials without wasting too much energy.

Being a female, she could enter the Mares’ Novices’ Hurdle, but Henderson has Daphne De Clos and Counter to aim at that contest. This leaves the Triumph Hurdle as Apple’s Shakira’s most likely Cheltenham destination and she has the course form to back up her already considerable claims.

Nicky Henderson’s heart would have been lodged firmly in his mouth as his enigmatic gelding almost threw away the RSA Novices’ Chase at last years’ Festival. He recovered from some late wanderings and rallied to claim his first Cheltenham crown, before establishing himself as the best novice on the scene at the end of last season by winning the Mildmay at Aintree.

Might Bite went into the historic King George VI Chase as the favourite and gave several potential Gold Cup rivals something to aim at from the front of the field. Despite his jumping being extremely careful and the soft going being far from his liking, Nico De Boinville’s mount had enough class to win by just over a length. He’s bound to improve when faced with good spring ground and a feared challenger hasn’t emerged from Ireland. It will be far from a walk in the park, but this year’s Gold Cup looks like Might Bite’s to lose.