This year’s Glorious Goodwood meeting will be the first chance to see many of the three-year-old-crop take on the older generation in their respective divisions. With the midway point of the season approaching, horses will just be starting to hit their best form, which makes for some fascinating contests at the Suffolk-track.

Here is a look at the leading races this year and who we can expect to line up in what is one of the biggest meetings of the year on the flat in the UK.

The Group Two Lennox Stakes is one of the few races that Irish Champion Trainer Aidan O’Brien has not won the in the UK but he has a fantastic opportunity to end that wait this year as Spirit Of Valor has leading claims. O’Brien’s colt was unfortunate not to land the Jersey Stakes at Royal Ascot earlier in the campaign when he finished just a neck behind Le Brivido after going off at 66/1 in the betting. The three-year-old did win the Group Two Minstrel Stakes at the Curragh earlier this month though to gain a career best rating and go into Glorious Goodwood as the 9/2 favourite for this open contest on day one of the meetings.

Last year’s runner-up Home Of The Brace is also in excellent form at the midway stage of the campaign as he has won his last two starts, including the Group Three Criterion Stakes at Newmarket. In 2016, he was involved in a tussle with Dutch Connection inside the final furlong but he had to settle for second place as he just got outpaced by Charles Hills’ runner in the closing 100 yards.

Sprint king Limato is also an entry in the Lennox Stakes this year, where he could step back to 7f. Henry Candy’s horse won a Group One at this distance at Chantilly in 2016 so he can be equally as effective as he is over 5f and 6f. The July Cup runner-up is 7/1 to prevail in this contest for three-year-olds and above.

This year’s Sussex Stakes is being billed as the Dual of the Downs for 2017 as the 2000 Guineas winner Churchill is set to meet multiple-Group One winner Ribchester in what should be a great battle between the two leading milers. 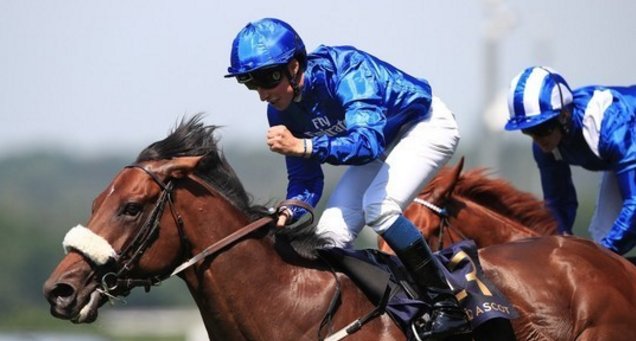 Ribchester has established himself as the best miler in the UK and possibly Europe in 2017 as he has picked up wins in the Lockinge Stakes and Queen Anne Stakes at Royal Ascot. Last year’s Queen Elizabeth II Stakes runner-up will be back at Ascot in October on British Champions Day. However, connections will be hoping he can pick up more Group One success before then at Goodwood and then possibly in France for the Prix de Haras de Fresnay-Le-Buffard – Jacques Le Maros, the race he won in 2016 as a three-year-old.

Richard Fahey’s stable star will be meeting many of his usual adversaries at Goodwood but his biggest challenge could come from Classic winner Churchill who is taking on the older horses for the first time in his career. As a two-year-old, O’Brien’s runner won the National Stakes and Dewhurst Stakes, both of which are Group One races. He then continued his dominance in the early stages of this season as he claimed the 2000 Guineas at Newmarket and then the Irish equivalent over at the Curragh. The one blip on Churchill’s record this year came at Royal Ascot, where connections had no explanation for his disappointing effort in the St James’s Palace Stakes; he came home in fourth place, over four lengths behind the winner Barney Roy, whom he beat in the opening Classic of the year.

Ribchester is the odds-on favourite to win the Dual of the Downs and beat the rest of the field in the Sussex Stakes, while Churchill can be backed at 15/8. The line-up also includes Zelzal, Thunder Snow, and Lancaster Bomber, who will all be looking to the spoil the party between the big two big stars of the division.

The longest race of the week at Glorious Goodwood is the Group One Goodwood Cup where the runners meet over 2m in a stamina test at the track. This year’s Ascot Gold Cup winner Big Orange is set to appear. He is looking for the second success of his career at the top level.

Big Orange is six years old now but produced a career-best at the Royal meeting to pick up his biggest prize to date. He made the running for the majority of the contest last month and was joined inside the final furlong by the defending champion and hot favourite Order Of St George. Fortunately, for connections of the horse, he found a little extra in the closing stages and he finished a short-head in front of O’Brien’s runner in arguably the race of the week.

Sadly, we won’t get the opportunity to see the first two in the Ascot Gold Cup meet at Goodwood as Order Of St George is to be given a rest and is expected to return for the Irish St Leger. The absence of the Irish horse means Big Orange is now the odds-on favourite at 4/5 to add the Goodwood Cup to his record.

The challenge against the favourite is expected to come from Dal Harraild who is stepping up to 2m for the first time in his career. William Haggas’ runner won the Grand Cup Stakes at York earlier this season. He then finished sixth in the Group Two Hardwick Stakes at Royal Ascot. If the four-year-old can improve for the step-up in the trip, he could prove a tough test for Big Orange on day three of the meeting.

There are currently four three-year-olds still entered in the race. However, Raheem House, who was impressive for the Bahrain Trophy at Newmarket, will not run in the contest and will be instead trained towards the Great Voltigeur at York at the back end of August.

Battaash is one of the breakthrough horses so far in 2017 and Charles Hills’ sprinter has the opportunity to take another step up in class at Glorious Goodwood in the King George Stakes which is a Group Two contest run over five furlongs on day four of the meeting. The three-year-old was gelded at the back end of last season but has only recently stepped forward as one of the leading sprinters in the country over the last couple of months.

Hills’ runner first caught the eye at Sandown in the Scurry Stakes, a listed race over the minimum trip. Along with Dane O’Neill on his back, the pair made a slow start and had ground to make up in the opening stages. He made smooth progress in the middle of the race and was well on top inside the final furlong. Battaash then returned to Sandown for the Coral Charge on Eclipse day where he made all of the runnings in the Group Three race in a really impressive showing. The bookies make the colt 5/2 to continue his great form and notch up a hat-trick of wins at Glorious Goodwood.

The rest of the field in the 2017 King George Stakes is made up of older and more experienced horses including Profitable, who is second-best in the betting at 4/1. Clive Cox’s sprinter finished second in the King’s Stand Stakes at Royal Ascot behind Lady Aurelia. The former Group One winner will be having his third run of the campaign next month as he also finished second at Deauville in France back in May. If he produces his best form again, connections will be confident their horse can bag his first win of 2017.

Winter has dominated the three-year-old fillies’ mile division so far this season with wins coming in the 1000 Guineas, Irish 1000 Guineas, and Coronation Stakes. O’Brien’s filly will now be given a test against the older generation in the Nassau Stakes where she tops the betting at 13/8 to come out on top. 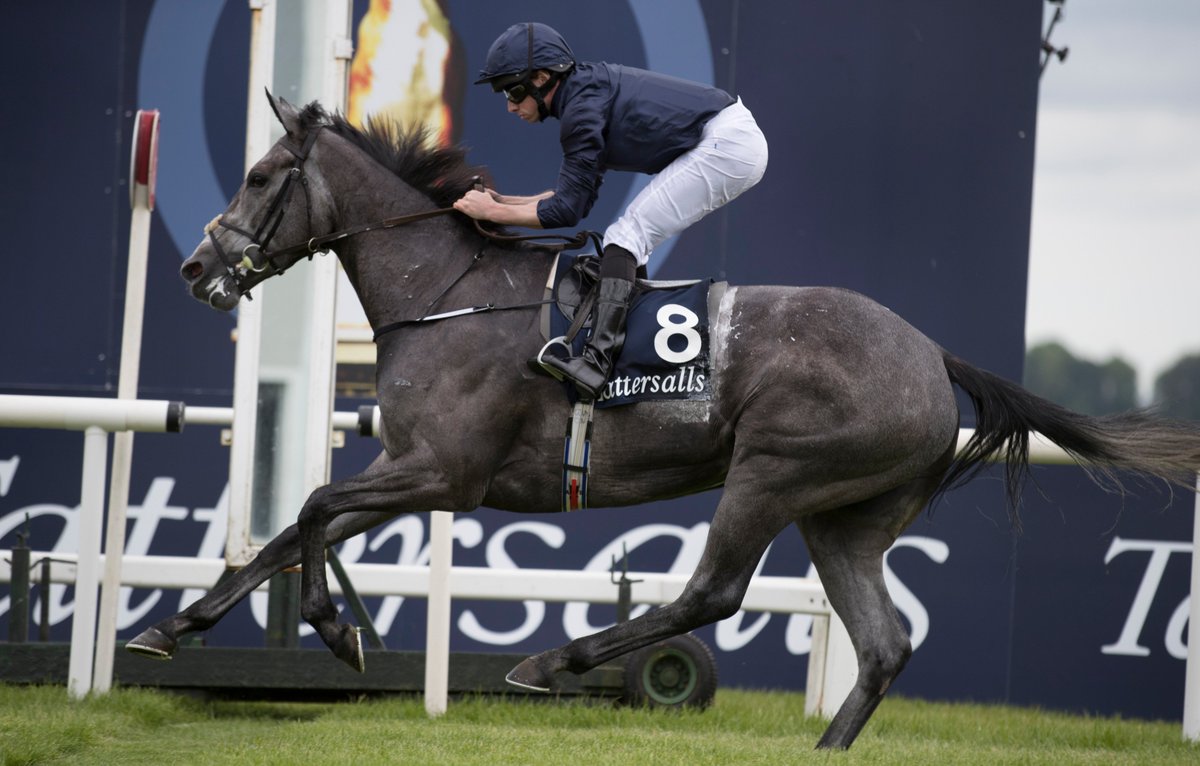 At the start of this year, Rhododendron was expected to be O’Brien’s leading filly going into the Guineas. Winter had only won one of her three races as a two-year-old and started the season with a defeat in a 1000 Guineas Trial at Leopardstown. Her victory over her stablemate at Newmarket established a different pecking that meant Winter was Ballydoyle’s first string at the Curragh, where she justified her favouritism to score by over four lengths in the Irish Guineas.

Not many horses are able to win three Group One races in the space of two months but Winter showed no signs of fatigue at Royal Ascot as she once again proved her superiority against her own age in the Coronation Stakes to bring up a hat-trick of wins at the top level.

Breeders’ Cup Filly & Mare Turf winner Queen’s Trust is just one of the older horses Winter will have to overcome at Goodwood. Sir Michael Stoute’s runner is the highest-rated horse in the race with a mark of 118.  The five-year-old took on the opposite sex last time at Royal Ascot in the Prince Of Wales’s Stakes but she will not be back against the fillies and mares next month.

Group One winner Nezwaah will also be lining up in the Nassau Stakes on the back of her victory in the Pretty Polly Stakes. The filly has found the best form of her career at the age of four and is now 9/2 in the betting to win her third straight race of the season.

One of the hardest races to predict at Glorious Goodwood is the Stewards’ Cup, which is a competitive sprint that could have as many as 28 runners in the field. Currently, there are 124 entries in the race in which the final declarations will be announced on August 3.

Projection tops the betting for trainer Roger Charlton at 10/1. The gelding has not won since his success at Salisbury back in September 2015 but he may now be of a very winnable handicap market, as he proved at Ascot when he was third in the Wokingham behind Out Do and Steady Pace. The four-year-old was the winner of his group and was a little unfortunate to be on the wrong side of the track for the better ground. If he reproduces that run at Goodwood, he may get his reward.

Arguably the most interesting runner in the Stewards’ Cup this year is Culturati who is owned by the Godolphin operation. The sprinter made a return to the track last month after almost two years off the track to score by over a length at Newmarket. Charlie Appleby’s colt won twice as a two-year-old but a setback stopped him running in 2016. The son of Dubawi now has an official rating of 101 but he may be much better than that as we have only seen him once since his comeback and he is likely to improve from that run. The bookmakers are taking no chances with Culturati as they have him second best in their betting at 12/1 and he is likely to be popular to score on the final day of this meeting.

Danzeno is another horse who won’t be short of supporters in the Stewards’ Cup. The six-year-old will be one of the most experienced runners in the field. His victory last time out at Ascot could suggest he is coming back to form just in time for Glorious Goodwood where he is 12/1 to give his trainer Michael Appleby his first Stewards’ Cup success.

Every race from Glorious Goodwood will be live on ITV Racing this year beginning with a handicap over 1m2f on August 1.