New Zealand have announced their squad for the upcoming tour of England in May and June, starting at Lord’s on June 2-6. 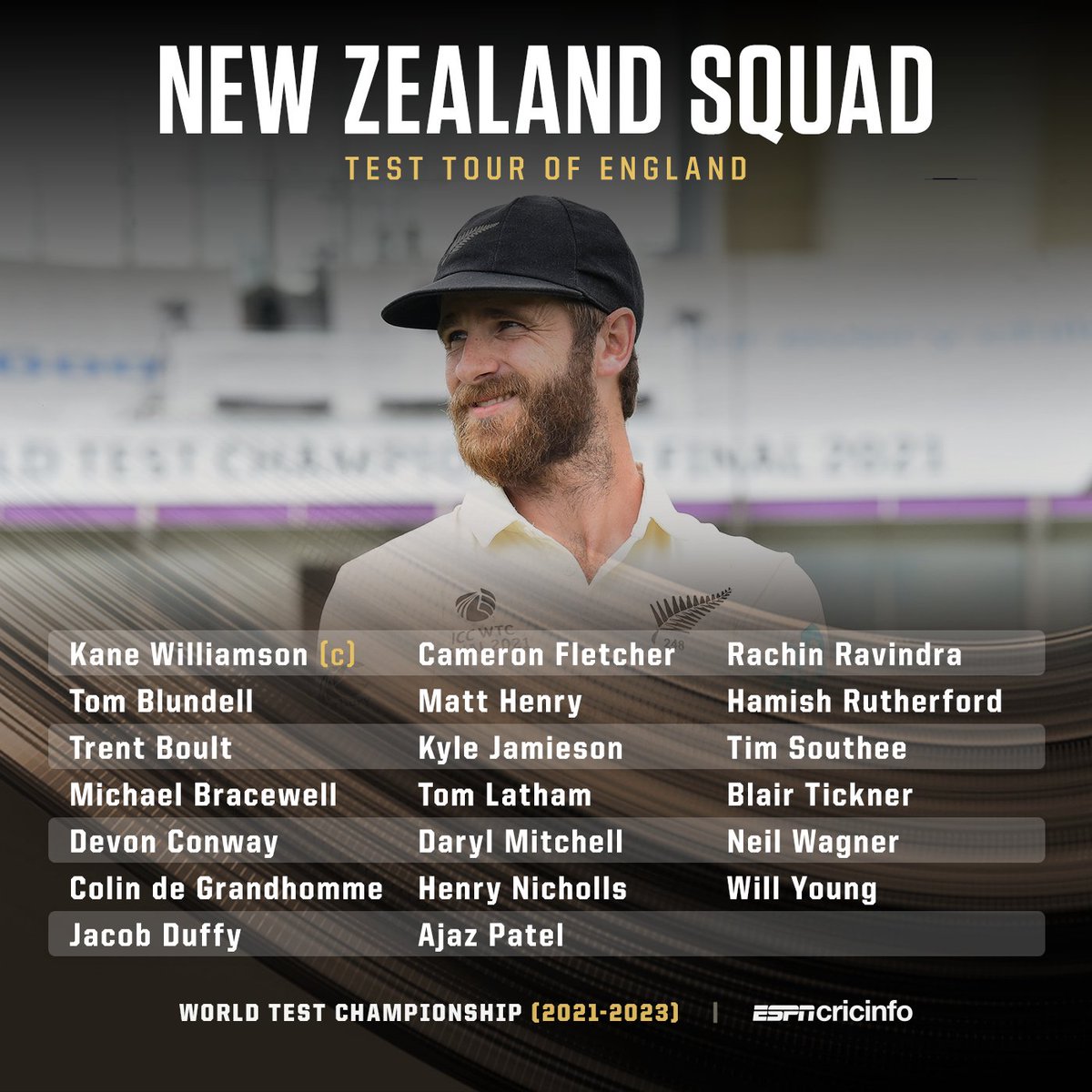